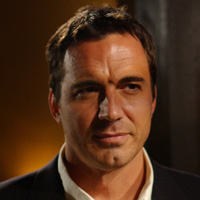 THIS WEEK ON: ALL MY CHILDREN A Closer Look: Point of No Return

Annie insists on renewing her vows with Ryan who manages to disarm her. Ryan reels as Annie comes completely unglued at the police station. Ryan rages at Zach who admits he made a deal with Annie after figuring out she killed Richie. Annie points the finger at Richie when Ryan inquires if anybody helped her pull off Emma’s kidnapping. Ryan tells Greenlee he’s going to make helping Annie get better his top priority. Aidan, meanwhile, tries to get Annie to admit she’s faking her insanity. Ryan and Jesse grow suspicious of Aidan. Unable to deal with their guilt, Ryan and Greenlee go their separate ways. Annie freaks out during her sanity hearing and later attacks Aidan after he sneaks into her hospital room again. SON ALERTS: WEEK OF DECEMBER 8, 2008

Monday: Ryan and Greenlee resist the urge to act on their feelings. Jesse accuses Aidan of being up to no good. David manipulates Krystal. Tuesday: Angie realizes how much she’s missed out on with Jesse. Jake won’t compete with Brot for Taylor’s love. Krystal and Bianca end up snowbound with David at Wildwind. Wednesday: David sets up an elaborate plan to lure Tad out of town. Natalia accuses Angie of wanting Rebecca dead. Bianca suspects Reese is lying to her about something. Thursday: Ryan commits Annie to Oak Haven. Zach and Reese keep their secret alive in front of Bianca. David questions Krystal about her and Tad’s relationship. Friday: JR tears into Krystal when he finds her with David. Reese is surprised to see her father in Pine Valley. Zach demands that David perform a miracle for Kendall.