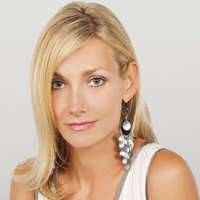 (SoapOperaNetwork.com) — Can Taylor handle the truth?

“All My Children” put out a casting call for a real-life war veteran to take on the role of Taylor Thompson’s (played by Beth Ehlers) fiancé in September. As pre-scripted from the beginning, the storyline involves Brot having led Taylor to believe he was dead due to the severity of the injury he acquired in Iraq. Brot’s injury depended on who “AMC” ultimately cast in the role; 25 year old JR Martinez is a burn victim.

Soon after arriving for his tour of duty in Iraq, in April of 2003, JR Martinez was severely burned when the Humvee he was driving hit a landmine. More than 40 percent of Martinez’s body was burned in the accident and he would undergo 32 surgeries in the three years that followed. Martinez now serves as the national spokesperson for the Coalition to Salute America’s Hero’s, a coalition that promotes the support of programs that aim to help wounded service members.

Martinez first airs on Friday, November 7 and for his first few weeks will air predominantly with Colby Chandler (Brianne Moncrief) and Frankie Hubbard (Cornelis Smith Jr.). On Thursday, November 6, Tad Martin (Michael E. Knight) follows the lead on who has hired him to investigate Taylor to a VA Hospital. In the same episode “AMC” will follow in the footsteps of their 2007 transgender storyline and show us a group of real-life Iraq war veterans discussing their journeys in unscripted scenes.