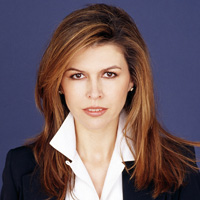 (SoapOperaNetwork.com) — “General Hospital’s” Finola Hughes is transferring over to the “Night Shift.”

Hughes is currently involved in a romantic storyline with Rick Springfield, who portrays both Eli Love and Dr. Noah Drake on the ABC Daytime drama “General Hospital.” He portrays the father of Jason Thompson’s character, Patrick Drake, who is the father of Robin’s baby.