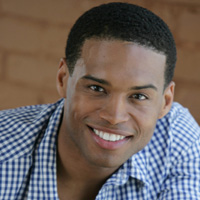 (SoapOperaNetwork.com) — A not so beautiful mind.

THIS WEEK ON: BOLD & BEATIFUL

Ridge tries to convince his family to go along with his recent change of heart. An angry Stephanie confronts Donna and demands answers about Eric’s heart attack. Taylor and Rick make love on Monday, August 18.

The Inside Story: Marcus vs. Owen

Marcus becomes increasingly agitated by Owen’s presence in the lives of his family and friends, which leads him to his own theories as to what has caused Eric’s illness. Owen is thrown, literally, when Marcus defends his mother’s honor. Meanwhile, Marcus is able to convince Bridget into running tests on Eric to prove his theory. When the results are in everyone is shocked and accusations fly. The investigation begins when Charlie and Lt. Baker arrive at Forrester mansion to follow new leads.