(SoapOperaNetwork.com) — Covering up a murder brings a town closer together. 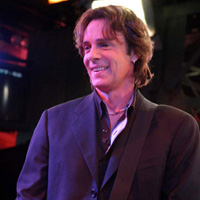 Jason warns Carly that bad things will happen if she continues with her plan to destroy Sonny and Kate’s relationship, in particular her marriage to Jax could be in jeopardy. Anthony throws Claudia’s past mistakes in her face, which brings back old wounds for Claudia who seduced Trevor when she was sixteen. Robin questions Sonny’s reasons for marrying Kate. Jax and Kate are caught in a seemingly compromising position during a business event by the paparazzi. Dr. Noah Drake returns to Port Charles and learns his son, Dr. Patrick Drake, is having a child with Dr. Robin Scorpio. Noah sides with Robin where the baby is concerned. Jax works to appease Carly’s insecurities about their relationship after she sees photos of the duo getting intimate. Claudia tries to seduce Sonny, but is once again rejected by the mafioso. Robin changes her mind about Patrick after he bares his soul on the witness stand.

The Inside Story: Covering Up a Murder 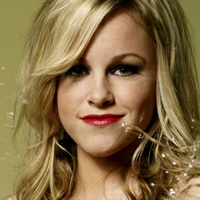 After attacking Maxie at the Crimson offices, Logan heads over to Johnny’s apartment with an axe after he catches sight of Lulu, who witnessed the attack from Johnny’s window. Johnny arrives at Crimson and works to revive Maxie, who is unconscious. Johnny realizes Lulu witnessed the attack and heads over to his apartment with Maxie in toe. Hoping to calm Logan down, Lulu takes drastic action that results in her killing Logan. Maxie and Johnny try to convince Lulu that they can’t get the police involved as there is no evidence that an attack took place and they’ll be put in jail for murder. Johnny informs Claudia that he killed Logan, which stuns both Lulu and Maxie. Johnny and Claudia work to get rid of the body at Nikolas’ clinic without anyone knowing they were involved. Nadine catches sight of Claudia and Johnny’s speeding car as it rushes away from the clinic. Claudia informs Anthony of what happened. Anthony orders his men to bring Maxie to him. Jason is convinced that Johnny killed Logan. Claudia stands her ground with Jason.