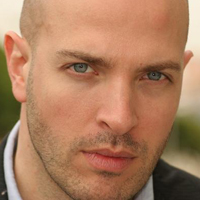 (SoapOperaNetwork.com) — When characters return from the great beyond, or prison, people get to wondering what their purpose is in life and how long they can expect to be seen.

Beginning with the Monday, July 21 episode of ABC’s “General Hospital,” viewers were shocked to learn that Cody Paul as played by actor Graham Shiels, had returned to the canvas with a major storyline involving the mob and Jason Morgan. With the consistent violence on the soap, it was only a matter of time that viewers questioned when Cody would be killed off!

According to a show rep, “Graham will be on the canvas for the foreseeable future on a recurring basis.”

Rumors around the net that “GH” was looking to recast the role of Lucas Jones (last played by Ben Hogestyn in 2006) have proven to be false. There are “no immediate plans to bring back Lucas,” confirms ABC.

Florian Klein joins the cast of “GH” on August 6 as a mystery character involved with the Russian Mafia and its dealings in Port Charles.