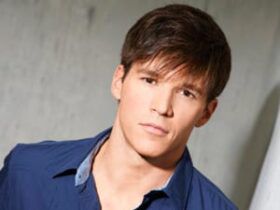 Mark Hapka Spending his ‘DAYS’ in Salem Once More?

(SoapOperaNetwork.com) — Television and Film Star Ricky Dean Logan is joining the cast of NBC’s “Days of our Lives” in the recurring role of Earl Larson. The character makes his first appearance in Salem on April 15 and again on April 25. No word on future airdates or what brings Mr. Larson to town was available at press time.

Ricky also appeared in three episodes of CBS’ “The Young and the Restless” in 2007, which gave him an in for the role of Earl Larson as “DAYS” Co-Executive Producer Edward Scott kept the actor in mind for future roles.