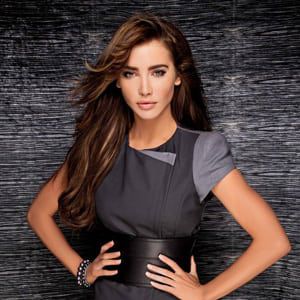 (SoapOperaNetwork.com) — “All My Children” keeps the drama moving on-and-off-screen.

Childers began playing the role of Colby Chandler in July of 2006. After a rough start, Childers managed to do an admirable job in turning the young Chandler into a fan favorite and many fans of the ABC soap will be dismayed to see the actress go. Childers will last air on Monday, March 5.

Moncrief will show up as the new face of Colby starting on Wednesday, May 7. Moncrief’s television credits include appearances on CBS’s “Guiding Light” and HBO’s “The Sopranos.”

An “All My Children” spokesperson relates that the actress switch was storyline dictated. The educated guess here is that the soap felt that Childers’ look was to young to fit into the young adult storyline her former character is headed into with Frankie (Cornelius Smith Jr.), Dre (Sterling Sulieman) and Cassandra (Yaya DaCosta).

– In a letter to his fans, Jeff Branson recently confirmed that his relationship with “AMC” will not continue past his current contract which expires in June 2008. Don’t expect a goodbye scene for the youngest Lavery brother; much to everybody’s surprise, including Branson’s, Jonathan Lavery last aired on December 18, 2007. The Emmy nominated actor will hold an event in June to say a proper farewell to his fans, for more information on that event follow this link: http://www.fourthhourproductions.com/jeffbransonparty08.html

– Leven Rambin, Branson’s oft-time on-screen leading lady, is wanted at “AMC” but clearly doesn’t seem to want the ABC drama back. As far back as last summer, the actress announced her intention to leave the show at the end of her contract cycle. Her characters, Ava Benton and Lily Montgomery, have not aired on “AMC” since February and will continue to stay off-screen for the foreseeable future. Rambin is having little problem with staying in the spotlight without the soap. The seventeen year old Emmy nominated actress recently guest-starred on NBC’s “Lipstick Jungle” and is keeping the gossip pages busy as she gives out Brooke Shield’s (the star of “Lipstick Jungle”) alleged tanning secrets and is romantically linked to men twice her age. Rambin’s contract with “AMC” will expire in June.

– Watch for another rare Palmer Cortlandt (James Mitchell) appearance during the week of May 5, and expect to see a larger dose of Opal (Jill Larson) than normal during the next several weeks.

– Speaking of contracts, it has come to Soap Opera Network’s attention that Elizabeth Rodriguez role of Carmen Morales is not a contract role. Upon breaking the news of the hiring, Soap Opera Digest had reported the role as being contract and SON initially ran with that information. The actress is among “AMC’s” top three favorite recurring characters of the moment, the other two of course being Mario Van Peebles (Samuel Woods) and David Rasche (Robert Gardner).

– R&B band B5 serenaded Erica Kane (Susan Lucci) outside of her prison lock-up on April 25th.

– Cady McClain will reprise the role of Dixie Cooney Martin starting on May 2nd for a limited run. Expect the bulk of her scenes to be with, but not limited to, Adam Chandler. Though back on a mission of healing and reunion, it seems as if ghost Dixie will also get to exact a nasty case of karma on her ex-husband who aptly got her locked up in the loony bin with his nasty tricks twenty years earlier!

– Look for Caroline Stephanie Clay to return as Hazel for a couple of episodes. To get information about Tad’s (Michael E. Knight) long missing daughter Kate, Tad and Jesse try to worm their way into the heart of the deceased Greg Madden’s trusted former nurse. Starting on May 6th, look for the best buddies to confront Hazel at her new gig at The Sunshine Bar.

– Billionaire Warren Buffet will play himself on May 8 and 9. Expect Buffet to offer his old pal, Erica, some surprising advice.

– Laurence Lau, who played Greg of AMC’s super couple Jenny (Kim Delaney) and Greg from 1981-1986, will return for a couples of episodes starting on May 20. He’ll be reunited with Tad, Angie and Jesse for some reflection and of course to attend Angie and Jesse’s second wedding. Tad is his former brother-in-law and Greg and Jenny were Angie and Jesse’s best buddies.

– R&B singer Ne-Yo will serenade not-so newlyweds Jesse and Angie at their wedding reception. The singer-songwriter will perform “Closer” and “Stop This World” during his May 21 and May 22 guest stint.

– Big weddings usually beget big drama, and this case is no different. The new Mrs. Hubbard will be swooped into a helicopter by Robert Gardner for a kidnapping instead of a honeymoon. TV Guide Canada is reporting that Knight, Williams, Morgan and several other “AMC” cast members were spotted in sunny Los Angeles over the weekend and reported that they were there for a location shoot.