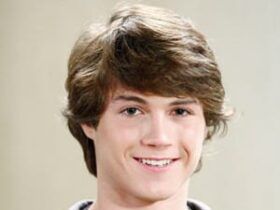 Heaven help the man that has hurt Marina…

(SoapOperaNetwork.com) — Jon’s pushed to the edge and Lizzie could get caught in the crossfire…

After discovering Olivia with two men on a night out, Gus finds himself consoling, then kissing her. Mallet wants to try again with Dinah, but when she pulls back, he debates on taking a position as Police Chief in a different city. Billy informs Bill about the deal Lizzie made with Alan; no more independence and no more Bill. Cassie jumps to the wrong conclusions when she sees a unconscience Josh and Reva on the bed together. Will confesses what he did to them and a fearful Cassie decides Will needs to be taken somewhere. Alan text messages Philip with the request that he help him deal with Rick.

WHY DO FOOLS FALL IN LOVE?
Furious that Cyrus has dumped her for Harley, Marina storms off after he confesses his love for her aunt. When Marina sees Harley, she has some very choice words as to what she thinks of her, pointing out that Cyrus will do her the same way at some point. An emotional Harley comes home to find Cyrus waiting for her and the two immediately embrace. A woman by the name of Phoebe corners Cyrus demanding $100,000 from him for stuff he stole from her. Daisy and Ashlee are hanging out with one another when they spot Harley and Cryus kissing. Cryus tried calling in favors to get the money for Phoebe when he discovers Will. Marina calls Phoebe to ask if their revenge against Cyrus and Harley is working. Phoebe gets under Harley’s skin about the man Cyrus truly is. Cyrus tries to comofort Cassie when she breaks down about Will. Wanting to pay off Cyrus’s debt, Harley take out another mortgage on her house.

– Cyrus offers to help Cassie get out of town with Will.

– Beth gets a message from a past love

– Alex talk to Billy about a deal she made with Alan

– Reva and Cassie have a bonding moment over their children