Bruening Gets His Ride

byAngela Rosa
1 minute read
No comments
Total
0
Shares
0
0
0
Test well is exactly what “Knight Rider” did. The back-door pilot, starring former “All My Children” star Justin Bruening as Mike Traceur – KITT’s new companion and the son of Michael Knight – scored the highest 18-49 rating (5.6/14) for a made-for-television movie, multiple-part movie or theatrical film on any network since the March 6, 2005 airing of “Their Eyes Were Watching God” on ABC. Both Variety and The Wall Street Journal are reporting that when NBC President Ben Silverman reveals the networks Fall 2008 schedule this Wednesday, “Knight Rider” will once again be a network television series. It’s fully expected that both Bruening and the voice behind new KITT (now a Ford Mustang), Val Kilmer, will return to star in the series this fall.

Bruening, now 28-years old, landed a job as a Abercrombie & Fitch model straight out of college. In the summer of 2003, Bruening began playing the role of James “Jamie” Martin on “AMC,” a role he played until the summer of 2007. Bruening met his future wife, Alexa Havins (ex-Babe), on the ABC drama. 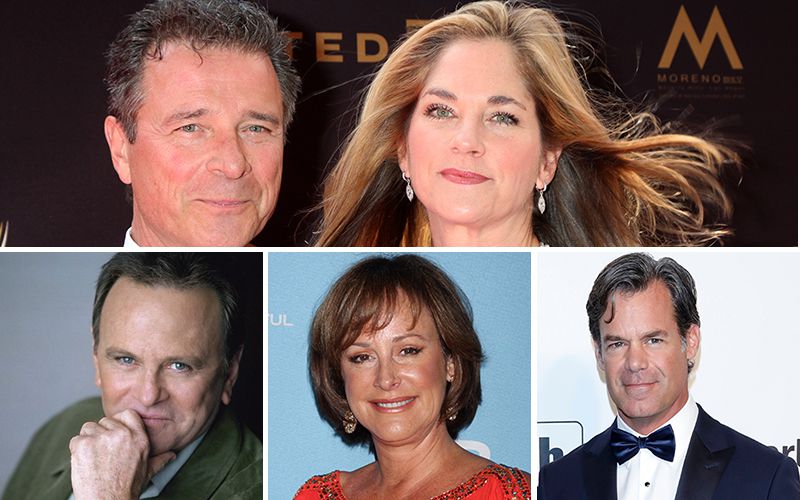 ‘The Locher Room’ to Feature ‘One Life to Live’ Virtual Cast Reunion with James and Kassie DePaiva, Tuc Watkins and More

"One Life to Live" cast members James and Kassie DePaiva, Tuc Watkins, Hillary B. Smith and Robert S. Woods to reunite on "The Locher Room."

Disney/ABC Domestic Television announced today that Cedric "The Entertainer" would be replacing Meredith Vieira as host of "Who Wants To Be A Millionaire," beginning with the shows 12 season scheduled to debut in national syndication this Fall.