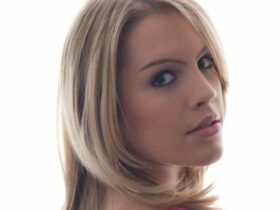 Sweeps Kicks Off the Action

(SoapOperaNetwork.com) — Sweeps starts off with a bang as new characters bring mystery and danger to Port Charles. Will lives be hanging in the balance before the month is over or will citizens find themselves involved in the ultimate battle for power?

Claudia Zachhara comes to Port Charles and meets mob boss Sonny Corinthos; The two end up in bed together after Sonny is certain that his future plans with Kate are over. Tracy serves Monica with a malpractice suit alleging she botched Luke’s surgery. Alexis and Diane warn Kate to stay away from Sonny, but Kate isn’t having any of it. Sam tells Alexis she’s falling in love with Lucky, just as Alexis finds herself getting hot and bothered over Jerry. Patrick throws accusations at Robin over her desire to get pregnant. In a moment of anger, Robin tells Patrick she’s already pregnant. Kate divulges her biggest secret to a stunned Jax. Lucky takes no prisoner’s when he tells Sam he knows the truth and ends their relationship.

Maxie finds Coop’s body hanging from the rafters. The case of the Text Message Killer appears closed as the forensic report is found in Coop’s pocket. Jason senses foul play might have occurred in Coop’s death. Maxie is determined to prove that Coop was not the Text Message Killer. Sam receives a threatening text from the Text Message Killer before she is violently attacked. A devastated Sam is attacked. Able to fight off her attacker, Sam finds herself on a collision course with a vehicle whose driver ranges from a drunk, an emotional wreck, a sleep deprived heroine and a psychotic individual. Will Sam be able to identify her attacker or will she be silenced forever?

– On Tuesday, January 29 look for a new Girl’s Night Out with Nadine, Regina, Kelly and Lainey.

– Also returning to the canvas on January 31 is Anthony Geary’s Luke Spencer who isn’t as welcome as he once thought.

Monday: Sonny wants to settle things with Johnny once and for all. Monica tries to cover her tracks. Nikolas is tormented by what he can’t remember.

Tuesday: Spinelli and Maxie set out to find out who is the real killer. Carly gives Jax the news he’d been hoping to hear. Tracy stirs trouble for Monica.