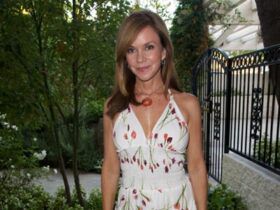 EXCLUSIVE! Bobbie Eakes on Learning ‘All My Children’ Was Canceled and What’s Next

Just before “Krystal’s Country BBQ” event took place on Saturday, July 30 during the “All My Children” Fan Club Weekend, Bobbie Eakes (Krystal Carey) took the time to speak to Soap Opera Network on when she learned her show was being canceled, how she broke the news it was being resurrected on Twitter and her delight at having Alexa Havins back as on-screen daughter Babe Chandler, despite the character supposedly succumbing to death back in 2008 care of a Tornado that hit Pine Valley.