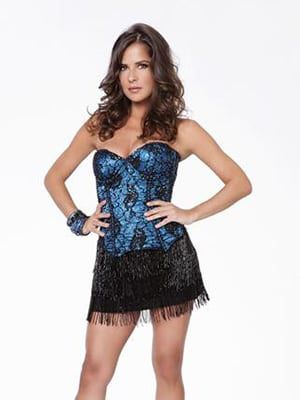 ABC has released the first pictures of the cast of stars taking part in the upcoming "Dancing with the Stars: All Stars" season, scheduled to premiere on Monday, September 24 at 8:00 PM ET. As previously reported, Kelly Monaco (Sam McCall, "General Hospital") is heading back to the dance floor for a third go around (she won the first season in the Summer of 2005 and was later challenged into a "dance off" with runner-up John O'Hurly two months later). She's being paired with Valentin Chmerkovskiy, who returns for his third season.