On its Facebook page today, NBC's "Days of our Lives" uploaded a congratulatory card for Gabi Hernandez (Camila Banus) and William Horton (Chandler Massey), and Nick Fallon (Blake Berris), which revealed the sex of the baby that the town of Salem is currently fighting over. 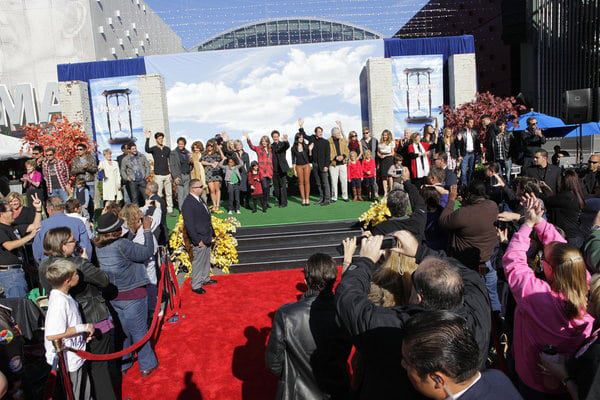 For the past couple of years NBC's "Days of our Lives" has been holding its "A Day of Days" fan event at Universal Studios CityWalk, where fans of the drama series could meet and great some of their favorite stars and get signed autographs. Unfortunately, this year the network has decided not to continue that event, and instead opted to branch it out a little bit (similar to how ABC canceled Super Soap Weekend, which turned into the Soap Nation Tour). Earlier this year, in a posting on the soaps operas Facebook page, the network said, "Ask and you shall receive! NBC has heard your requests and we are taking our yearly fan event on the road! Instead of holding our event at Universal City in California, members of the 'Days of our Lives' cast will be traveling to a few cities around the country. Dates and cities to be announced soon!" That "soon" is now.

A "Days of our Lives" representative has confirmed to ​Soap Opera Network​ that when Blake Berris returns to the drama series beginning with the Monday, August 27 episode, his character, Nick Fallon, will not only be up for parole, but viewers will also be able to see his on-screen mother for the first time in 30 years!