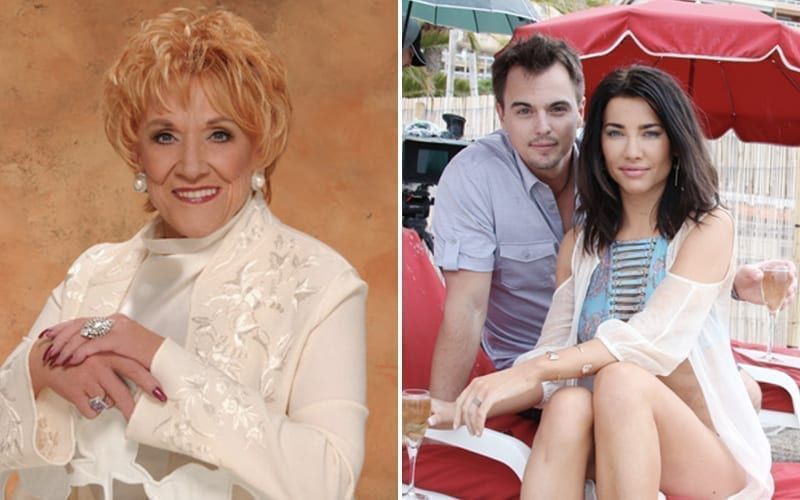 “The Young and the Restless’” Mishael Morgan has only been onscreen as Genoa City’s Hilary Curtis for a day, and fans are already a bit worried that she might have her sights set on Daniel Goddard’s Cane. But is it true?! Soap Opera Network caught up with the Trinidad native, who spilled on her alter ego’s thoughts about Cane — and much more!

“I’m really hoping Hilary is going to be a bad girl,” Morgan says with a laugh. “I’m always playing good girls, so I’m hoping for that. And apparently, she’s in town for a little bit of vengeance, so we’ll see.”

Yep, that’s right: Hilary isn’t exactly sweet as pie. In fact, she just may turn out to be the opposite as she continues to make herself at home in the small town! “She’s very ambitious and driven, and she’s a very good receptionist, but I think there’s a lot more that’s going to be happening,” the actress teases. “She’s definitely a little bit sneaky. You’ll see her sneaking around, and we don’t know why yet. I don’t even know why yet!”

But does she know whether or not the young businesswoman plans to steal Cane from Christel Khalil’s Lily as her vengeance plot plays out? “I don’t know!” she says. “She’s been looking at a lot of different people, so I’m not sure.”

Either way, she’s ready for the fan backlash that may stem from such a story playing out. “I’m prepared for it,” she says with a sly smile. “I think I’d have a lot of fun doing [a story like that].”

Of course, having both Goddard and Khalil as real-life friends would make the whole process easier, so it’s a good thing Morgan has bonded with both! “Daniel is such a sweetheart,” she says. “Right when I got on set, he made me so comfortable. He’s been amazing. And Christel is really sweet, too. She’s so adorable.”

As for what to expect from the trio in the weeks ahead, Morgan says to hold onto your hats: “I don’t know where she’s going to end up, but it’s going to be fun!”

For more on the Cane/Lily/Hilary madness, be sure to check out our Center Stage interview with Goddard!