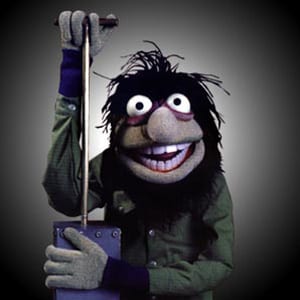 (SoapOperaNetwork.com) — It has been three months since we’ve learned that “All My Children” and “One Life to Live” have been canceled and would no longer be seen weekday afternoons on the ABC Television Network or weeknights on SOAPnet. It has been a truly unique period for this industry that has seen fans rallying together to try and help save shows that have become part of their everyday lives. Whispers, rumors and reports were trickling in at a record pace, often times we would find our heads spinning. Weeding through the information that we received here at Soap Opera Network, we aimed to report what we felt had the most backing or we were able to verify through various other sources. Turns out we may have had a big inside source all along.

For the last several months, I’ve had multiple conversations with an individual that claimed to have knowledge of why ABC decided to cancel “All My Children” and “One Life to Live.” This source at one point commented that it had something to do with the government and the Ethics committee in Washington, D.C. Sounded nuts, right? Well, it turns out this same person told me on Tuesday, June 28, that “your soaps were saved. They received the grant money they needed before their deadline,” which according to this person was the end of May. Again, I thought what they were saying sounded just a little too far out there, so I decided to leave our conversation at that. In retrospect, maybe I should have listened a little closer.

On Thursday, June 30, I had tweeted that I heard from sources that fans should continue to rally in support of “One Life to Live.” To be more precise, I said “got word today that @ABC has in fact been discussing options to keep #OLTL on the air, but it remains in the hands of fans. Don’t give up. The ‘someone’ you keep hearing about is now several people!” At that point “All My Children” wasn’t discussed as the conversation pertained solely in regards of “One Life to Live.” I had intended on reporting on this news on Tuesday, July 5, but unfortunately I caught the flu and had a high fever for several days. Now on Thursday, July 7, nearly three months to the day since ABC canceled “AMC” and “OLTL,” the network announced the shows would live on…only online thanks to Prospect Park, a television and media entertainment production company that was founded in 2009 and is run by Jeffrey Kwatinetz and former Disney Studios honcho Rich Frank, who also serve as executive producers of the hit USA Network original series “Royal Pains.” In retrospect, what the person I had been speaking with said now makes perfect sense when you put all the pieces together. In return for saving our beloved soaps, the government gives a grant for what could be the next big medium, progression of sorts… Radio > TV > Internet Broadcasting.

Interestingly enough, Prospect Park hired Josh Barry, ABC’s former executive in charge of drama development, back in May to tackle the companies TV division alongside Paul Frank, the son of Rich Frank. According to Barry, his first order of business was “putting together a wide slate of projects.” Could that slate have included the uncanceled soaps?

On Thursday, June 23, we reported that ABC had indeed turned down offers they received to sell the soaps. Knowing what we know now, and putting the puzzle pieces together, it makes sense that a plan was in the works all a long to save the soaps, while also allowing ABC to retain ownership rights to both soap operas and receive millions of dollars in royalties each year from Prospect Park. Hence, ABC comes out a winner either way in this case. They no longer produce the shows, yet still stand to make money off of them as they move into the future. As opposed to selling them outright and watching another network or medium make money off of them. ABC can’t have asked for a better situation.