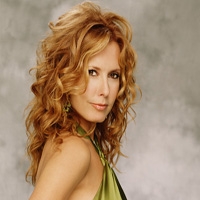 (SoapOperaNetwork.com) — "The Young and the Restless" Episode Recap – Thursday, April 7, 2011.

Michael barges in on Phyllis and Billy at Restless Style to let her know that he and Daniel found Daisy. Phyllis immediately asks where she and the baby are, but Michael informs her that Daniel helped let her get away.

Daniel and Abby share some quality time together at her place when Victoria arrives. With Lucy in tow, she tells him how Abby has been asking to spend time with the baby, so she hands Lucy over to him for them to watch as she takes care of a few meetings. A nervous Daniel holds Lucy as Victoria heads out.

Jana stops by at the coffee shop and chats it up with Kevin. She tells him about a class project she wants to do with the little ones when she freaks out that she left everything she needs to do it. Kevin instantly comforts her. She fills him in on how both Gloria and Chloe have been trying to get her fired from her job with Victoria and Billy.

Adam stops in to wait for Sharon in the visitor's area and is surprised to see Victor there. He blames him for letting Sharon down on the witness stand. Victor shoots back that Adam let him down as well in terms of the arbitration. Adam says he did what he was requested to do and he's done. The older Newman spits out that he's sure he'll be staking a claim when the IPO happens. Adam scoffs and says it's of no concern to him. Victor asks if he lost his touch when it comes to lying.

Noah returns home and the first place he heads to is Nick's. He asks Nick if it's true that Sharon tried to leave the country. When Nick tells him it's true, Noah truly believes she's messed up. Noah soon departs and heads to the police station. Sharon is stunned but surprised to see him there. Noah shares how ashamed he is of her. A heart broken Sharon watches on as he walks away from her.

Michael and Lauren continue to go on about Daniel not wanting Daisy to be located. Phyllis gives her son the benefit of the doubt but Lauren and Michael continue to press about how they believe he let Daisy go because he wanted to avoid having to deal with the baby. Wanting to get to the bottom of things, Phyllis calls Daniel, requesting him to meet her at the office. When he arrives, the attacks begin, courtesy of Michael and Lauren. A frustrated Daniel blurts out that Daisy's not returning to Genoa City. Phyllis asks him how does he know.

Jana gets a visit from Gloria and Chloe, who mock her with the pregnancy outfit. They start harassing her about why she has the suit to begin with. She soon turns the tables on them when she show lack of concern over what they found. Gloria gloats that they are taking Jana down. Jana slams the door in their faces and makes a phone call.

Adam casts blame on Victor for Sharon being in jail, telling him that if he and Skye hadn't tried to frame him, none of Sharon's trouble would have happened. Victor tells him that Sharon's troubles began the day she fell in love with him, and that only Adam is to blame; he's poison to her. An angry Adam huffs out of the visitor's room.

Chloe and Gloria show Kevin their 'proof' that Jana is a nut job. Kevin is disgusted how far they are going with their accusations. Chloe can't believe that Kevin is standing up for Jana. Before they know it, two police officers arrive, hauling Chloe and Gloria off to jail.

Abby meets with Tucker, who called to ask her on a good wedding gift for Ashley. Smelling a con, Abby asks him what he really called her for. He tells her he'll double his offer for her stocks. She tells him they have no deal. Shortly after he leaves, Adam arrives, wanting to make a deal of his own. Tucker instantly bites.

Sharon tells Nick and Victor how disappointed Noah is in her and wonders if Faith will one day feel the same way. Adam arrives and is quick to assume that his family has upset her. Moments later, they get the call that the jury has reached a verdict.