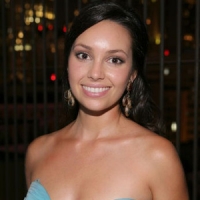 Victoria fills Billy in on Chloe's demands to fire Jana or she'd seek custody of Delia.

Upstairs in the garage apartment, Jana looks over the account number Kevin helped her with; determined to get to the bottom of who paid Primrose to have Daisy's baby. At the coffee house, Chloe is bad mouthing Jana to Kevin, telling him that if Billy doesn't take her serious regarding keeping her away from Delia, she will find a way to stop him from seeing her. As they are talking, Gloria ear hustles on their conversation, more than willing to help find out what her ex daughter-in-law is up to.

Diane is disappointed that she can't seem to put Victor is a better mood. Victor is slightly upset at the news' portrayal of him after his testimony in Sharon's case. At the court house, Jack is discussing Victor's lack of help with Nick, who tells him that regardless of when Victor decided to testify, DA Walsh is doing a very good job at damaging Sharon's character.

At the bank, Jana probes to find out about the bank account number she has. She passes to the teller, telling her that while the money was transfered, the money never was received. When the teller comes back to let her know that the money did go through, Jana asks if there is a way to get documentation on that. She begins to stall when the teller requests her photo ID. Jana has no choice but to leave empty handed.

Sharon is back on the witness stand, and DA Walsh is in for the kill. He asks Sharon, since Adam is so loyal, where is he? She tells him that he's out trying to clear her name. He goes further to point out that her involvement with Adam has managed to turn everyone in her life against her. Things get heated when Walsh brings up her custody battle with Nick and how her love for Adam would have made her do almost anything to prove his innocence: including killing Skye. As they conclude her testimony, Adam walks through the doors of the court room. Walsh orders that Adam be arrested for skipping town.

During the recess of the court case, Jack gets word about Kyle being hurt while at school. When he reached Kyle, he is more than irked to see Victor taking on the daddy role with his son. Jack tells Victor that while he's playing daddy to Kyle, maybe he should be doing the same thing when it comes to his son, Adam.

Victoria informs Jana about her visit from Chloe and how she wants her to be fired. An upset Jana tells Victoria that the only reason why Chloe wants her to lose her job is because of Kevin. Victoria assures her that they aren't firing her.

Billy stops by Chloe's to tell her to back off of Jana. Chloe tells him that she won't have their daughter anywhere near her. After Billy stresses there is nothing she can do about it, Chloe challenges him to watch and see. The troubles continue to mount for Billy when he gets word from the bank that someone was trying to access his account. He calls Victoria to let her know and to shred up their statements. Victoria in turn calls Jana to do it for them.

Sharon and Adam are reunited in the vistor's room. When he shows her the camera, she's elated, thinking that he has the proof to clear her name. Her hopes go up in smoke when he admits that the memory card has been taken out. When Adam asks Vance to put him on the witness stand, the lawyer balks, telling him that his history of lying and scheming would only hurt Sharon's case even further. Before they know it, Vance is informed that Adam will be testifying for the prosecution.