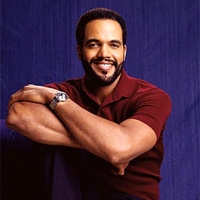 (SoapOperaNetwork.com) — A look at what's happening on "The Young and the Restless" during the week of April 11, 2011.

Kay plants the seed of mistrust in Victoria when it comes to Tucker, Monday, April 11. Chloe and Gloria remain in hot water but are stunned by who wants to help them out. Thursday, April 14 Victor remains suspicious of Diane, which escalates on Friday, April 15 when the two share some heated words.

The Inside Story: More than Just Wedding Day Jitters
Sofia and Malcolm's wedding day has come. Olivia and Nate arrive back home to be a part of the wedding day festivities. While Malcolm can't wait to be married to Sofia, she, however begins to have wedding day jitters. Knowing that she can't stop thinking about her night with Neil, she does her best to convince herself that Malcolm is the only one she wants to be with. As a gift to Sofia, Lily helps her get dressed, giving the nervous bride a hair clip that once belonged to Drucilla. Lily kindly makes the suggestion that Sofia have Neil walk her down the aisle. Sofia quickly tells her that it would be too awkward to have him do that. Meanwhile, Malcolm aks Neil if he'd be willing to go to Sofia with a special bouquet of flowers. When he arrives, the two share in a little flirty conversation. Neil once again asks his soon-to-be sister-in-law if she truly wants to go through with marrying Malcolm. After he departs, Tucker arrives to see the lovely bride. He too asks Sofia the same question that Neil had. Not wanting to back out of the wedding, a determined Sofia is more than ready to marry Malcolm. The two share in a beautiful wedding with family and friends, but Sofia instantly gets hit with a pang of jealousy at the sight of Leslie on Neil's arm. Things don't go well for Sofia when she begins to feel a wave of nausea during Malcolm's toast. With the wedding reception dying down, Sofia and Malcolm head off to their honeymoon suite. The first chance she gets, Sofia heads out to the pharmacy to get a pregnacy test and takes it, nervously awaiting the results.

A Closer: Sharon's On the Run…Again
A frightened Sharon flees the courthouse and gets to her car to find items to help hide her identity. She quickly drives off until she reaches a gas station. There, she quickly dyes her hair, changing her from a blonde to a brunette. She nervously heads to the one place and person she hopes will understand her: her mother, Doris. Seeing that she isn't home, Sharon awaits her arrival. When Doris does come back home, she's furious to see that Sharon has resorted to fleeing. She instantly wants to call the police to turn her daughter in. Sharon begs her mother to understand what she is going through. Unfortunately, all Sharon gets is harsh words. Realizing that she is truly alone without support, an even more unstable Sharon takes off again. Wanting somoene by her side, Sharon calls Adam and begs him to come be with her in Arizona. Adam, begins to worry about Sharon's stablilty while on her own. As for Sharon, she starts to convince herself that everyone is better off with her out of their lives. She starts writing good-bye letters to those she loves. Taking off in her car again, Sharon drives off to parts unknown.