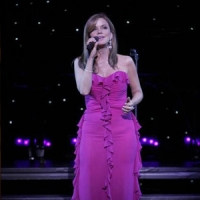 (SoapOperaNetwork.com) — ABC Daytime has a captive audience as the fate of “All My Children” appears to hang in the balance.

On Monday morning, Deadline.com put soap fans on alarm when they reinforced the story Daytime Confidential first reported several weeks earlier: “All My Children” appears to be on the verge of cancellation!

Since then, ABC’s lack of confirmation which includes a glaring lack of denial has put soap fans even more on edge; a spokesperson for ABC continues to tell the media, including Soap Opera Network, that “the [Deadline.com] piece is just another story in a long line of stories about this same topic.” In an interview with the NY Post, long-time TV Guide soap columnist Michael Logan acutely sums up the unsettling feeling that statement is evoking in once skeptical fans and insiders alike, “this changes the game because the network is not stepping forward more forcefully than it is [to deny the rumor].” Further unsettling fans was the Tuesday morning report by the FOX News website sourcing a current “All My Children” writer, who asked to remain anonymous in case life in Pine Valley does actually go on, revealing that “everyone always says the writing is on the wall for soap operas to shut down, but this time the writing is in capital letters…We all hope we can get jobs in reality television [if the rumor turns out to be accurate].”

Most entertainment insiders agree that the soap genre, as we know it over the past several decades, is winding down regardless of what is revealed about “All My Children’s” fate in the coming days or weeks. Outside forces including changes in the workforce, the emergence of the internet and reality TV, and the broadening of cable TV have given viewers many, many more alternatives. With the number of soap operas on the air dwindling down to six last year and with ratings continuing to take a beating, Horizon Media television analyst Brad Adgate tells Fox News, in the aforementioned article, what many are thinking, which is “by the end of the decade in 2020 it could be at conceivable that there will be no soap operas on network TV.” Soap Opera Digest’s Lynn Leahey agrees about the potential for the extinction of soap operas on network TV but confidently adds “the genre will survive…not necessarily in its current format…soap started as 15-minute episodes, and we may see them go back to that, with viewers ‘snacking’ on soaps in 15-minute bites on their smart phone, rather than at home in front of a television. Web soaps are proliferating now, but they’ve yet to figure out a model that makes it a robust business.”

In the meantime, passionate soap opera fans are not going to let their soaps go out without a fight. If you’re an “All My Children” fan or just a fan who doesn’t want to see another soap bite the dust following the domino effect cancellations of CBS’s “Guiding Light” in 2009 and “As the World Turns” in 2010, you can at the very least be counted and make yourself heard at the Keep ‘All My Children’ on ABC Daytime!’ Facebook page, which fans put up on Monday afternoon as preemptive action in case the rumors are confirmed. Some former and present “AMC” stars have posted on the site and joined the group including Finn Wittrock (ex-Damon Miller), Bobbie Eakes (Krystal) and Cornelius Smith Jr. (Frankie Hubbard).