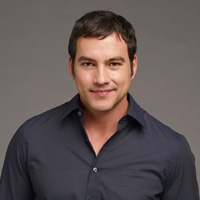 Held captive by Theo, Brenda tries to get help but is shocked when Theo interrogates her about his grandchild. Theo evades Suzanne’s probing questions about Brenda’s whereabouts. Shawn barely dodges a Balkan assassin who attacks him at General Hospital. After being questioned by Lucky, Theo tries to make a run for it but is blocked by Jason.

The Davis Family converges upon Sam, as they give loving support to her recovery. Kristina witnesses Sam take a turn for the worse.

Spurred by Lisa, Terrell presents the perfect reason for Robin to have less free time with Patrick – partner with him on an AIDS grant proposal.

Nikolas works up the courage to admit his feelings to Brook Lynn. She confesses it is mutual, and they start to combust when Nikolas storms out. Nikolas admits to Lucky that he feels obligated to try again with Elizabeth. Brook Lynn and Elizabeth see right through each other’s motives – and it’s a bitch fight call out.