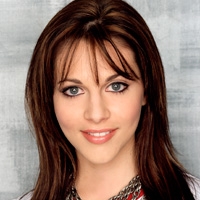 Jason discovers that Johnny is behind the car bomb that nearly killed Sam and confronts him for his treachery.

Luke and Ethan are nearly busted for framing Jax, but Carly uses the opportunity to demand Jax see things her way.

Elizabeth walks in on Nikolas and Brook Lynn about to do the deed – and threatens to take away Nikolas’s rights to see Aiden. Elizabeth learns that the paternity results for Aiden arrive at the end of the week.

Johnny urges Lisa to let Patrick go, but she is resolved with her obsession. Johnny sets a plan in motion, inviting both Lisa and Robin to his penthouse.

Michael and Abby run into Johnny, who shows surprising goodwill. Michael finds an opportunity to prove his independence by helping a mob shipment without Sonny and Jason’s knowledge or approval.