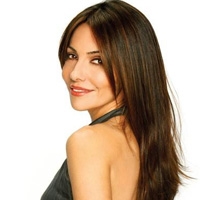 Brenda tries to escape, but Theo finds her and brings her back to his cave. Theo demands to know what Brenda has done with his grandchild. Sonny and Dante work together to get information from the Balkan assassin. Shawn returns with the Balkan’s records, and Jason is hopeful there may be a clue to Brenda’s whereabouts.

Sam admits to Abby how much she would like to have a child with Jason. Jason warns Michael away from a mob life because of the sacrifice the job requires.

Michael and Abby grow closer – but when Abby invites him back to her place, Michael panics and turns down intimacy.

Luke and Lucky discuss the risks of having a green card marriage with Siobhan. Siobhan is notified that she is being deported.