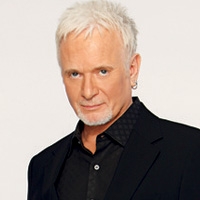 Even as the antidote starts to work, Brenda’s survival is not clear. Family members converge upon the hospital to support Sonny and Brenda. Theo escapes, but Jason vows that Theo will never be able to hurt Sam again. Dante is warned not to compromise his badge by working with the mob.

Carly enlists Luke and Ethan to blackmail Jax into dropping the custody battle over the Jacks children. Alexis warns Jax not to take on Carly.