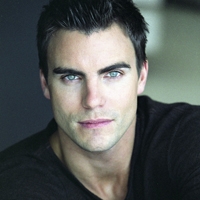 (SoapOperaNetwork.com) — Colin Egglesfield leaves his past disappointments behind him and hits the big-screen with Kate Hudson this May.

"All My Children" fans best know Colin Egglesfield as the back-from-the-abortion son of Dr. Jeff Martin and Erica Kane (Susan Lucci), Josh Madden. In the fall of 2008, the model turned actor was let go from the role he began playing in September 2005; he would return for a brief run in January 2009 to facilitate the controversial character's death. Following his run on the ABC soap, the actor named one People Magazine's Sexiest Men Alive in 2005 landed a starring role on the CW's remake of the hit FOX series "Melrose Place". Facing low ratings the show decided to re-tool and Egglesfield ceased airing as chef Auggie Kirkpatrick after 13 episodes of the series that only lasted 18 episodes. The 38-year old actor has put aside those recent career disappointments and is set to air in no less than two big acting projects this year.

Scheduled for release on May 6, Egglesfield will hit theaters around the country in the Warner Bros. distributed romantic-comedy "Something Borrowed", an adaptation of Emily Griffin's New York Times Best Seller book that was published in 2005. Egglesfield shares the leading credits of this film with Academy Award nominee Kate Hudson ("Almost Famous", "How to Lose a Guy in 10 Days", "You, Me and Dupree", "Bride Wars"), Ginnifer Goodwin (HBO's "Big Love"), John Krasinski (NBC's "The Office", films "It's Complicated", "Monsters vs Aliens"), and Steve Howey (HBO's "Entourage", Showtime's "Shameless"). In the film, Egglesfield plays Rex. Rex is engaged to Darcy (Hudson) but ends up in bed with her best friend Rachel (Goodwin). Uh-oh!

With production on that film complete, Egglesfield has been tapped for the lead role as the Southern charmer and potential serial killer Tucker Longstreet on Lifetime Movie Networks adaptation of Nora Robert's 1991 published novel "Carnal Innocence". Egglesfield will star opposite Gabrielle Anwar, who plays the female lead as world-class violinist Caroline Waverly. Anwar is best known for the roles of Margaret Tudor on "The Tudors" and for her role as Fiona Glenanne on "Burn Notice". Shriley Jones ("The Partridge Family"), Judson Mills and Kym Jackson (NBC's "Chuck) are also set to appear in the movie. The romantic-mystery "Carnal Innocence" is set to hit the small screen later this year.