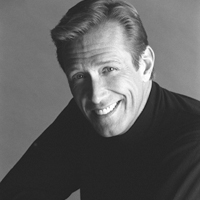 A saddened Maya (Mariah Buzolin) leaves her newborn girl in Brot’s patrol car. Jesse is unsuccessful in getting an ambulance to the scene as Angie continues to suffer contractions. Brot receives Jesse’s S.O.S. Angie loses consciousness mid-labor and Jesse is left to deliver the baby alone. Jesse realizes baby Ellie is not breathing after he delivers her. Brot arrives and tries to console Jesse. Angie wakes up just as Brot arrives on the scene with the abandoned baby. Asher is concerned when he bumps into a pale Maya in the park.

Erica admits to Jack the reason why she wants to get married immediately, to prove to Caleb that she does love Jack and plus there’s no point in waiting and he agrees. Jackson plans a trip to St. Barts and tells Erica that once they get there they’ll get married. Bianca tells Erica that she wishes she could believe that she wants to be with Jack completely but she knows she’s trying to challenge Caleb. Caleb learns from Erica’s maid that she has gone off to get married. Jack proposes to Erica that they postpone their wedding a couple of days so their family can travel to St. Barts to be with them on their special day. Erica agrees. As the couple embrace, Erica ignores a call from Caleb.

When Marissa comes over to the mansion to try and calm down AJ, she sees a contract for Reese that was drawn up by JR. He explains that he did it so Reese would speed up the custody case to work on a big project. In a phone conversation with Bianca, Marissa says that she doesn’t need to be talked out of spending more time with JR as she is having fun. After hanging up she returns to JR and AJ to play one more game which leaves AJ happy.