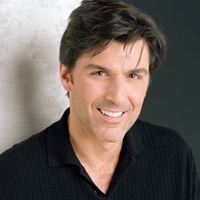 Kendall, Bianca and Marissa bond over being mothers. After an altercation with JR, Marissa admits to the girls that she’s worried she’s a bad mother. Bianca tells JR to leave Marissa alone. JR tries to get his family back together and tells Marissa how much AJ misses her but she refuses to feel guilty.

Amanda confides in JR that things between her and Jake aren’t as great as they used to be. Learning from Angie that the hospital board doesn’t want Cara, Jake passionately defends her. Jake tells Cara that he got her a job but she must apologize to the parents of the sick child she lashed out on. Jake congratulates Amanda on her new job working with JR.

David tells Liza that he will encourage Iris to keep Liza on board as long as she is on his side in helping him get back his medical license. David insists he and Liza must support each other and pulls her into a kiss. A drunken Liza approaches Tad and blurts out to the whole bar that they can judge her all they want but she is who she is. Colby overhears Liza and later uploads a video on Pine Valley’s ‘YouTube’ of Liza’s rant.