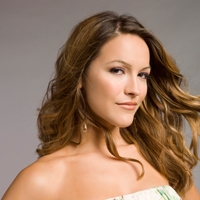 As Jake tries to deal with what Amanda’s done, he tells his wife she should have trusted him. Amanda wants to get to know Cara but Cara admits to feeling suffocated and just wants her old life back. In an effort to get to know Cara better, Tad shares his “secrets/stories” but when he asks about Jake she abruptly exits. Jake tells Tad why he fell in love with Cara.

Caleb is surprised when Opal says Erica has not quit and she will be his new partner at Cortlandt. Jackson confronts Erica over not quitting Cortlandt and kissing Caleb. Erica calls Krystal out on fantasizing about being with Jackson but says it’s not going to happen. Jackson turns down Erica’s request to fire Krystal and doesn’t know how much he can trust her anymore.

Asher helps Colby take down the video she made about Liza and Damon but unfortunately they’re too late as the video has gone viral.