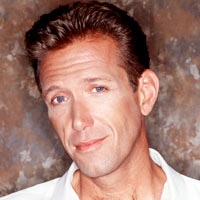 Leticia thinks Cara is making the same mistake she did with Jake, getting married too fast and says she’s there to take her home. Tad informs Griffin that his mom has come to town and thinks Cara could use some help. Leticia tells Griffin she plans to do whatever it takes to stop the wedding. Amanda watches from afar as Cara tries to give Jake back his ring as the memories of what it represents are too tough for her to deal with.

Griffin agrees to help Kendall figure out Zach’s message. When Kendall tells Ricky that the yacht was a special place for her and Zach he gets her to take him there.

Bianca initially rejects Marissa’s advice and wants to talk to Reese in person about the kids/divorce but when a lawyer and nanny from France show up to take the children back to France for spring break Bianca says over her dead body. Bianca changes her mind and still wants Marissa to represent her. She will do whatever she needs to protect her and the kids.

Erica protests when Jackson decides to leave the house temporarily but after he comes to Bianca’s rescue she makes a plea for them to find their way back to each other.