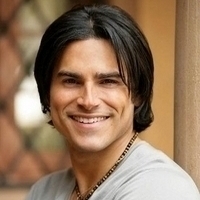 Annie almost attacks Greenlee and is restrained by the cops and read her rights. Scott is unsuccessful in calming Annie down and just as she’s about to be sedated JR shows up and asks for a moment alone. After talking with JR, Annie agrees to go with the men (from the hospital) but as she’s being taken away she thinks she’s off to her and JR’s wedding. Ryan meets up with Madison and Scott in the park; after seeing Emma’s stuffed animal he calls out to his daughter and she comes out of hiding. Greenlee shows up with news about Annie and when Emma hears that her mommy is going to the hospital she lashes out, upset she’s going to the very place she’s scared of. Emma tells Ryan she hates him.

Kendall covers with Ricky, saying she doesn’t know anything about stolen drugs, then tells Griffin that there are people suspicious of the missing painkillers. Ricky reports back to Diane that he’s planted seeds of doubt about Griffin in Kendall’s mind. Diane gets a call informing her that Griffin wants to meet with her regarding the casino owners. As Griffin gets dressed for his meeting, Kendall shows up and says wherever he’s going she’s coming.

David tries to reestablish himself in PV. First, Griffin puts in a good word with the medical board, and then David asks JR to do the same. David wonders when he and Marissa will be able to get to a good place.