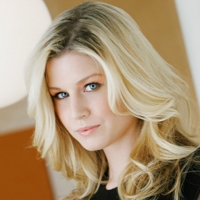 Tad and Cara return home to start their “married” life and find Jake and Amanda already there. Jake suggests a job at another hospital but Cara makes it clear she’s happy at PVH. Jake beats around the bush to find out what happened at the hotel with Tad and Cara and covers that he isn’t bothered by it but decides not to stick around for the wedding video.

After having trouble reaching her, Greenlee complains to Kendall about the toxin problem they’re having at Fusion. Kendall tells Griffin he needs to allow her to let go of the whole letter situation and tosses it in the garbage. When the coast is clear Griffin fishes the letter out of the garbage.

Ryan takes Madison to the hospital because she’s experienced another sharp stomach pain. At the hospital, Ryan overhears Madison telling the doctor just how far along she is and he figures out he’s the father.