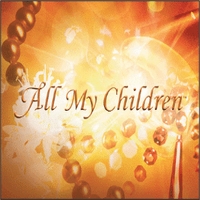 (SoapOperaNetwork.com) — Will “All My Children’s” latest casting addition end up being friend or foe to the beleaguered Colby Chandler?

SOAPnet has revealed that 20-year old Brazilian-born Mariah Buzolin has been cast on “All My Children” as the new Chandler maid. Buzolin’s credits include minor roles on FOX’s “Lie to Me” and Nickelodeon’s “Zoey 101”. The role is recurring.

In January, “AMC” put out a casting call for a 19-year old Latina female to play the character of Reyna, the new Chandler maid. The description from the casting call goes on to reveal that Reyna’s parent died when she was a child, “so she has spent her whole life surviving. [She is] a poor girl from the wrong side of town.” Reyna is also described as a sweet and caring young woman who finds solace in the beauty of the Chandler mansion. Out is the name “Reyna”, Buzolin’s character will either go by the name Maya, according to the aforementioned SOAPnet article, or Ava, according to ABC breakdowns.

Buzolin debuts on “AMC” on Tuesday, March 15. Look for her character to be involved in the Colby (Natalie Hall) & Asher (Trent Garrett) storyline.