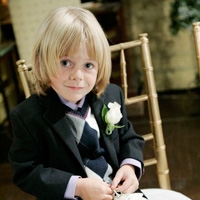 (SoapOperaNetwork.com) — So you watched last nights Super Bowl on FOX and cheered when the Green Bay Packers won their fourth Vince Lombardi Trophy by beating the Pittsburgh Steelers 31-25, but for many viewers it wasn't just about the game but the commercials that played during the game. No commercial grabbed as much attention as the one that featured "Young and the Restless" star named Max Page.

Page, known to us soapers for his role as Reed Hellstrom, the son of Victoria Newman Abbott (Amelia Heinle) and JT Hellstrom (Thad Luckinbill) on CBS' "The Young and the Restless," has become an overnight sensation after he was featured portraying a young boy wearing a Darth Vader (famously voiced by actor James Earl Jones in the "Star Wars" films) costume trying to move objects in the Volkswagen Super Bowl ad promoting the car companies flagship Passat vehicle.

"He took directions so well." said Tim Ellis, Volkswagen of America's vice president for marketing in a report found on USAToday.com. "As we were filming it, I could see it was going to be iconic."