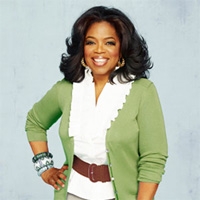 (SoapOperaNetwork.com) — In an update to a report we did earlier this week, Soap Opera Network has learned that Oprah Winfrey and her talk show "The Oprah Winfrey Show" will not only be dedicating an entire episode to the legends of daytime soaps, but she'll be reuniting "General Hospital's" Luke and Laura Spencer (Anthony Geary and Genie Francis) for the first time since Laura's portrayer departed the soap in 2008.

Joining Francis and Geary will be "All My Children's" Susan Lucci (Erica Kane), Darnell Williams (Jesse Hubbard), Debbi Morgan (Angie Hubbard), Michael E. Knight (Tad Martin) and "The Young and the Restless'" Jeanne Cooper (Katherine Chancellor). In fact, Lucci opened up the doors to her New York estate and provided the show with a rare glimpse into the personal life of the woman behind Erica Kane.

The soap themed edition of "The Oprah Winfrey Show" airs Wednesday, February 9. Check your local listings for time and station.

Today, for the first time our stage, the legendary stars of daytime television are coming together! For forty years, Erica Kane has captivated viewers with her outrageous exploits, steamy love scenes and a litany of adoring husbands. Susan Lucci is here and invited us to her New York estate for a rare glimpse into her life off-screen. Then, Luke and Laura, the hottest couple in daytime history, reunite on our stage! Plus, all-time favorites Angie and Jesse, Tad the Cad and Mrs. Chancellor! Don't miss an hour full of the biggest soap stars on the planet!