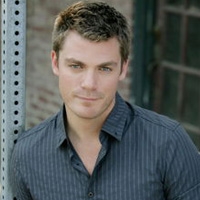 (SoapOperaNetwork.com) — "The Young and the Restless'" Jeff Branson is joining a large list of soap stars appearing in CBS' primetime procedurals with his upcoming appearance on "CSI: Miami," including David Fumero (see: David Fumero Leaves the Cold Winter of New York for 'CSI: Miami') and Leven Rambin (ex-Lily Montgomery, "All My Children"), who will both appear in upcoming episodes of the series.

A show representative tells Soap Opera Network that Branson, who portrays the role of  Ronan Malloy on "Y&R," will appear in the Sunday, March 6 episode entitled "Blood Lust" in the role of Dennis Baldwin. "Dennis is the husband of a woman who had been kidnapped and tortured," said the rep.

Jesus Ruiz ("All My Children," "Days of our Lives"), Marcus Giamatti ("One Life to Live")  and Candice Patton ("Days of our Lives," "The Young and the Restless") are also scheduled to appear in the episode.

"Blood Lust" – When a woman narrowly escapes death at the hands of a serial killer, Horatio will do anything to track down the psychopath, on CSI: MIAMI, Sunday, March 6 (10:00-11:00 PM, ET/PT) on the CBS Television Network.