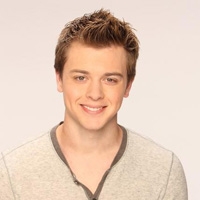 Sonny vows to get answers from Shawn on Brenda’s whereabouts. Michael and Morgan return home as Sonny bursts into the guesthouse where Carly is helping Shawn recover. Theo turns lethal on Suzanne. Brenda wakes to find herself in the Balkan’s clutches.

Jason realizes Sam lost her hearing in the explosion. Jason receives a second phone call from Franco indicating his involvement with the car bombing and potentially with the Balkan.

Dante troubleshoots how the Balkan set up the car bombing. Lulu puts her faith back in Dante.

Alone with Ethan, Kristina discusses her own experience with the car bombing.

Luke and Tracy call a brief truce in the wake of Luke’s kindness towards rattled Edward, who is still in shock over the wedding car bombing.

Patrick and Robin work together at the hospital.