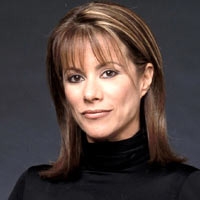 Following the Balkan’s orders, Shawn attempts to kidnap Brenda. But before he can complete his mission, Carly arrives and threatens Brenda with the damning evidence of Brenda’s love child with Dante – inadvertently saving her from the Balkan. As Carly is about to expose the secret in front of all assembled, Brenda objects to her own wedding. Jason and Sam are one step behind Theo, but Sam manages to get a drop on Shawn. Jason arrives as Shawn turns the table and takes Sam hostage.

Terrell makes a move on Lisa – but gets derailed by Johnny. Lisa and Johnny have a heart to heart, and they combust into lovemaking.