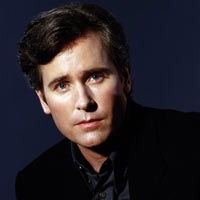 Jake lets out his anger over Amanda distrusting his word and calling the feds. Cara picks up on the tension between Jake and Amanda and is concerned over the drama her situation is causing the Martin family and Tad genuinely consoles her.

Ryan tells Kendall about the metal box found in Zach’s plane and she decides she’d like to see it for herself. Ricky insists to Diane that he will get close enough to Kendall to find the evidence that Zach had. Kendall is released from the hospital. Once home, Kendall receives a package (the metal box) and Ricky watches her open it from nearby. Kendall is shocked when she reads a letter from Zach about his ‘untimely’ death.

Tad calls Damon to inform him that Colby knows he slept with Liza.