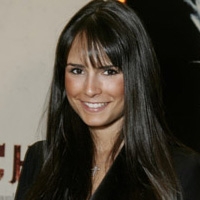 (SoapOperaNetwork.com) — Jordana Brewster is heading to the TNT based "Dallas" reboot according to a report by Nellie Andreeva of Deadline.com/TVLine.com. Andreeva reports that Brewster has joined the cast of the new era of "Dallas," the popular primetime soap that lasted from 1978 to 1991, which was order to pilot in late 2010 by TNT. The actress will play the role of Elena, "the the gorgeous daughter of the ranch's cook who is locked into a love triangle with Christopher and John," the sons of J.R. and Bobby Ewing stuck in a bitter rivalry over who will run the Ewing dynasty.

The actress will be joined by original cast members Linda Gray and Patrick Duffy (also appearing on "The Bold and the Beautiful" here and there), who have already signed on to reprise their roles as Sue Ellen and Bobby Ewing. Larry Hagman, who portrayed J.R. Ewing in the original, has verbally committed to the series, but has not officially signed a deal with Warner Bros. Television.

For soap fans, Brewster is best known for her portrayal of Nikki Munson on CBS' "As The World Turns" from 1995 to 2001 and a brief appearance on "All My Children." After leaving the soap world behind, Brewster landed roles in such films as "The Fast the the Furious" franchise and "The Texas Chainsaw Massacre: The Beginning." In 2007, the actress starred in the ABC pilot "Mr. and Mrs. Smith," the TV version of the popular 2005 film of the same name starring Angelina Jolie and Brad Pitt. Brewster can next be seen in the fifth "Furious" film called "Fast Five," which is due for release in theaters on April 29, 2011.

Should the pilot be well received by the programming brass at TNT you can expect the series on the network at some point later this year.