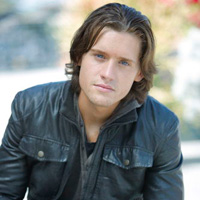 (SoapOperaNetwork.com) — After Kevin Schmidt took a leave from CBS' "The Young and the Restless" after being cast as the lead in the Cartoon Network original series "Unnatural History" earlier this year, fans began wondering what would happen to their favorite Newman offspring. In August, Soap Opera Digest announced on their website that actor Luke Kleintank had been cast in the role of Noah Newman. Now Soap Opera Network has the scoop on Noah's return.

When we last saw Noah, he had left for Paris, France with lady love Eden Gerick (Vanessa Marano) – the two had been fighting family outrage over their coupling, but upon acceptance, Eden found herself being framed for multiple crimes by Daisy Callahan. When Noah returns to Genoa City on Tuesday, September 21, it will be without Eden and his first scenes will be with mom Sharon (Sharon Case) and dad Nicholas (Joshua Morrow). Look for Noah to finally get some bonding time with his little sister Faith, and a warm welcome home from step-mom Phyllis (Michelle Stafford).

Kleintank is best known for his role as Elliot in the widely popular "Gossip Girl" television series, which airs Monday nights of The CW. In 2009, he appeared in episodes of CBS' "The Good Wife" and NBC's "Law & Order: SVU" and "Mercy."