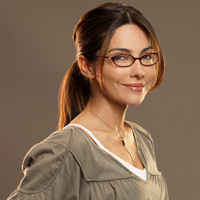 (SoapOperaNetwork.com) — Just hours after news broke out that Vanessa Marcil was returning to ABC's "General Hospital," the actress herself speaks out on her return to the soap after nearly a seven-year absence and what's in store for Brenda Barrett this time around.

"I feel so lucky to continue to be allowed to visit ‘General Hospital’ and honor where I came from,” says Marcil. “I am humbled by these great people and a character that I truly love."

According to ABC, "Brenda Barrett's return to Port Charles comes at a time when the three most important men in her life – Sonny [Maurice Benard], Jax [Ingo Rademacher] and Jason [Steve Burton] – are all in crisis. Brenda's in trouble herself – when is she not? – possessing an explosive secret. Only she doesn’t even realize it's something devoutly to be kept secret. Brenda has no idea the havoc this little indiscretion will wreak or that she'll send the lives of loved ones hurling into chaos."

"Fans can now rejoice, Vanessa is returning to 'General Hospital,' said Brian Frons, president, ABC Daytime. "'General Hospital' has always been dedicated to the strong history of our characters. Fans and viewers alike will be thrilled with her storyline and will agree that her return was worth waiting for."

Marcil's return is set for Wednesday, August 11. It is unclear at this time how long she's expected to remain. During her last return in 2003, she was only contracted to appear for six-months.