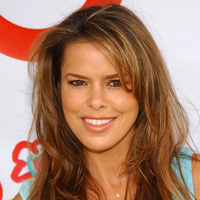 (SoapOperaNetwork.com) — If you thought you heard the last of Lorenzo Alcazar (played by Ted King) and his ties to Port Charles, think again. An ABC spokesman has informed Soap Opera Network that actress Rosa Blasi is heading to "General Hospital" in a Skye Chandler (Robin Christopher) related storyline that brings back some fond memories for fans.

Blasi is set to play the recurring role of Fernanda, who is the "money manager" in Spain who control's Mr. Alcazar's assests. Look for the character to clash with Skye beginning Thursday, July 22. She is scheduled to appear in three episodes.

If you recognize the actress, that's because for six seasons she portrayed the role of Dr. Luisa Delgado on Lifetime's "Strong Medicine." More recently, she's appeared in a number of episodes of ABC Family's "Make It or Break It." She also appeared in the 2004 film "The Grudge" starring Sarah Michelle Gellar ("All My Children," "Buffy the Vampire Slayer").

In Other Casting News…