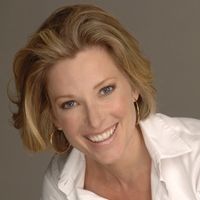 (SoapOperaNetwork.com) — As the show is getting ready to wrap up the trials and tribulations of its fictional characters in the small town known as Oakdale, CBS' "As The World Turns" is welcoming the return of Rosanna Cabot, so says portrayer Cady McClain who broke the news on her website.

"Vegas baby! The 'Daytime Emmys' are being held in Las Vegas on June 27th. I will be present to both support Jon and for the tribute to 'As the World Turns,' said McClain. "I am thrilled to have been asked to be a part of the shows final episodes, to be taped at the end of this month."

McClain won the 'Daytime Emmy Award' for Outstanding Younger Actress in 1990 for her role as Dixie Cooney on ABC's "All My Children" and again in 2004 in the category of Outstanding Supporting Actress for her role of Rosanna on "World Turns."

"As The World Turns" airs Weekdays on CBS. Anytime on CBS.com.