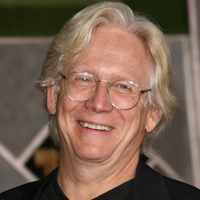 According to an ABC representative speaking to Logan, Franco's return will "wreak havoc on Jason [Steve Burton] and Michael [Chad Duell] and everyone else in Port Charles. His grand finale will be yet another art exhibition that’s more wild and crazy than his last one."

Davison's appearance on "GH" is credited to casting director Mark Teschner, who stated that "Bruce is one of my favorite actors—I met him in a restaurant a few years back and told him so,” Teschner says. “I wanted a very special, unique actor to be in scenes with Franco, and he was the first idea to pop into my head."

The actor received an Oscar® nomination in the Best Supporting Actor category for his work in the 1991 film "Longtime Companion."