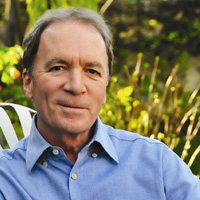 (SoapOperaNetwork.com) — On Tuesday, May 25, Soap Opera Network sat down with "Days of our Lives" Executive Producer Ken Corday at the NBC Experience Store in New York City in conjunction with his book signing for his latest release, "The Days of our Lives: The True Story of One Family's Dream and the Untold History of 'Days of our Lives.'"

"The book is about the story of my family before the show went on the air in 1965, because my mother and father's story was fascinating to me," said Corday. "They met in New York, during the depression, and had a background in theater, then radio and then television before my dad sold 'DAYS' to NBC in 1965 and we moved from New York to Los Angeles."

What made you write the book? Why now?
Originally the book was written because my children never got to know my mother and father. So it was a biography about them. As I wrote the book towards the end of my mother and father's life, it became about the story of the show. So I kept writing and kept writing right up through today. Then I went back, because writing is re-writing, during a down period. For the reader it is about how did our family's life and the shows life crossover? What parallels were drawn between the two? What happened in our lives that we used on the show? What happened on the show that strangely enough was reflecting our lives? For me it was just a wonderful experience. It was kind of like a love letter to the viewer. In broad view, that was what it was about. There are chapters about the heroes, chapters about the heroines, and then of course throughout all that is my biography and the history of the show. 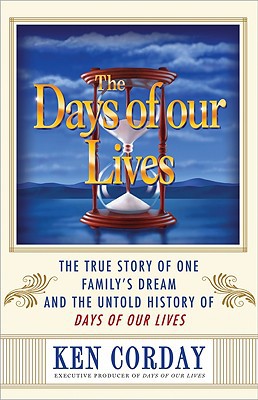 What makes the book different from being your basic historical timeline of the shows history?
There were things in the book you would never know about the show even from talking to some of the cast members. There is one chapter called Behind the Scenes, which is not a tell all, but more instances that have happened that defy gravity and description, some of them spiritual, some of them just outlandish, and it happened behind the scenes. I think that the reader would find some of those things fascinating.

'Days of our Lives' has been able to beat the odds and stay on the air despite obstacles getting in the way. What have you been able to do differently in order to keep the show on the air?
What we're dealing with today is a shrinking market for network television and we've had to in a way re-invite the wheel without really changing the look of the show. It started with NBC saying, 'we will pick up the show, but you're going to have to operate at 40% less cost.' I said to them, 'I don't know how I'm going to do that.' While thinking it over with the head writers, we said 'ok, we have to present the same interesting and entertaining show, we just can't use as many cast members.' We do a set number of shows per week now, when we used to do one every day. In that way, we are able to take 10 weeks of the year off. This means that we are not being charged for the studio cost. It was just a way of reshaping things, which I like to call 'turning the hour glass over again.' Amazingly, and to the network's surprise, the show grew 10% in ratings from the previous year, which NBC can't say about any of their other shows between 2008 and 2009 [Corday laughs].

On November 8, 'DAYS' will celebrate its 45th Anniversary. Does the renewal make things that much more special?
It is more special because we didn't know until about 6 months ago whether we were going to celebrate a 45th anniversary. For the show, its performance is based on ratings as well as the target audience. And 'DAYS' has performed so well that NBC has renewed us through September 2011.

What has kept the show on the air as long as it has been? How does it stand out from the rest?
You have to give the viewer what the viewer wants to see. You just can't put people on the show with all new faces. I know in the months to come a lot of familiar faces will be coming back to the show as our matriarch, Alice Horton [Frances Reid], passed away. For a period of two weeks, we really dealt with it in an organic manner. By bringing back familiar faces from the past, and keying that off with you know 'here is one actor or another whose characters are still viable,' it wasn't a question, why not re-introduce them? That really is our secret – the wheel is not broken. I think that will be the formula for future success of the show. It is also really about romance – by keeping [couples] apart for as long as possible, but without turning off the audience. We will always have couples breaking up, while always giving the audience 'Hope,' which I could use in two different ways [Corday chuckles], that the couple will get back together.

Speaking of couples, I started watching 'DAYS' in the mid-1990's and my favorite character is Sami Brady [Corday interjects and says 'me too!']. From her days trying to get Austin, while finding love with Lucas, to getting with EJ, to her drama with Rafe and now she's toying around with EJ again. Is that the type of storylines you are referring to when it comes to couples?
Yes, that is what I was referring to. I truly believe the viewers want Sami and Rafe together. You know, Sami can be her own worst enemy and this time she's not doing it in a vindictive way. She's just being pulled in by this not so nice guy [EJ]. That will come to a conclusion sometime right after Labor Day. I think viewers will be very happy to see Sami being the strong Sami, who is taking things into her own hands. I wish I could tell you the plot points, but I can't! I can say you can expect a lot of surprises and viewers will get what they want.

Back to the book. How long did it take you to write?
About three years, believe it or not. The first draft was a set number of pages, so after writing and re-writing, it was a matter of tearing things down. You have to keep it on track for the reader. There were parts that were more personal, that had nothing to do with the show, that were pulled out. and then I was going through the steps of finding the right publisher to publish the book. Strangely enough, Source Books, which is based in Chicago, and is the publisher of the book, I found that it was the perfect fit with them. They made an overall deal for three years with us, not just for this book, but a coffee table book in November, and others to follow. Coincidentally, there was the creator of 'Days of our Lives' along with my father, Irna Phillips, who also created 'As The World Turns,' 'Guiding Light' and 'Another World,' who was from Chicago. She never left Chicago, so here we are 45-years later coming full circle.

What kind of books can readers expect through your deal with Source Books?
There will be three of what I like to call extended romance novels, about couples that aren't on the show now. For instance, Patch and Kayla, John and Marlena and Jack and Jennifer. Some of that may change [Corday hints] if one or two of those characters returns.

For more from Ken Corday about the life and death of Frances Reid, who died in February, check back next week for part two of our interview.