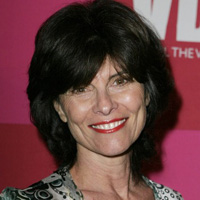 (SoapOperaNetwork.com) — "General Hospital" has recruited actress Adrienne Barbeau, best known for her role as Carol Traynor on "Maude" in the 1970's, for a very important role involving the return of Brenda Barrett (Vanessa Marcil) to the ABC Daytime drama series according to TV Guide's Michael Logan.

Barbeau will be portraying the role of Suzanne Stanwyck who runs a charity agency for children in Italy, which is where we'll find Brenda (Marcil). The actresses first airdate is scheduled for Thursday, August 12, the day after Marcil's first airdate back on the show. According to "GH" head writer Robert Guza, Jr., the characters will be first seen working together in Rome, and they'll eventually make their way to Port Charles soon after.

"Despite her hard edge, Suzanne has a lot of love for others, including Brenda — she's her confidante, so to speak," said Guza. "As we get to know Suzanne better, she'll have a surprising feminine side."

The role is set for a number of weeks, but it could prove to be heavily recurring if fan response to the storyline is positive.

Barbeau received a Best Supporting Actress Golden Globe nomination for her role on CBS sitcom "Maude" in 1977. She starred in the HBO series "Carnivale" from 2003 to 2005 and played Catwoman in the 1992-1995 animated series "Batman." She also appeared in a number of hit primetime series during the 2009-2010 television season including ABC's "Grey's Anatomy," CBS' "The New Adventures of Old Christine" and Showtime's "Dexter."